The two-wheeled caisson was part of every battery of field artillery. It was pulled behind a two-wheeled limber, attaching to the limber’s iron pintle.

The caisson carried two ammunition chests. A spare wheel was hung on an iron post behind the caisson, and a spare limber pole was slung underneath. The caisson also carried tools such as an axe, shovel, and water buckets. 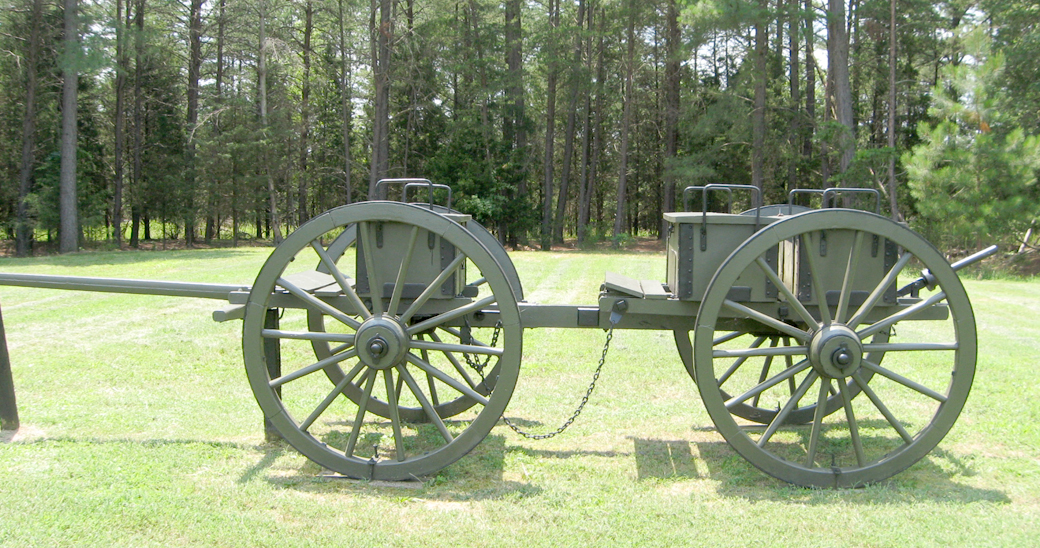 A caisson (on the right) attached to a limber, on display on the Chancellorsville battlefield

Each battery of light field artillery had a caisson for every cannon. With the two limbers pulling the cannon and caisson, this gave each cannon four ammunition chests going into action. The ammunition chests carried anywhere between 15 and 50 rounds of ammunition, depending on the size of the cannon.

Rear view of a caisson attached to a limber, showing the iron post at the rear of the caisson which would normally hold a spare wheel.