Like its Northern counterpart, the Confederate army was largely made up of volunteer regiments of infantry and cavalry provided by individual Southern states. Each of the eleven Southern states sent units to protect the capital of the Confederacy, although the nearby and well-populated states of Virginia and North Carolina provided the lion’s share while only a small number made it from distant and less populated states such as Texas, Arkansas and Florida. There were even several units from Maryland and Kentucky, slave states that had remained in the Union and who provided units to both sides throughout the war. 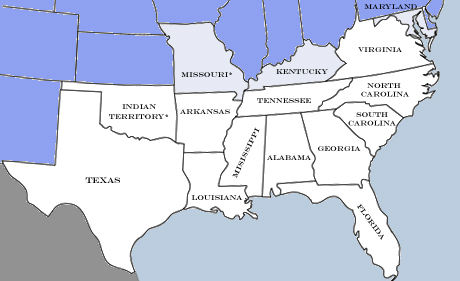